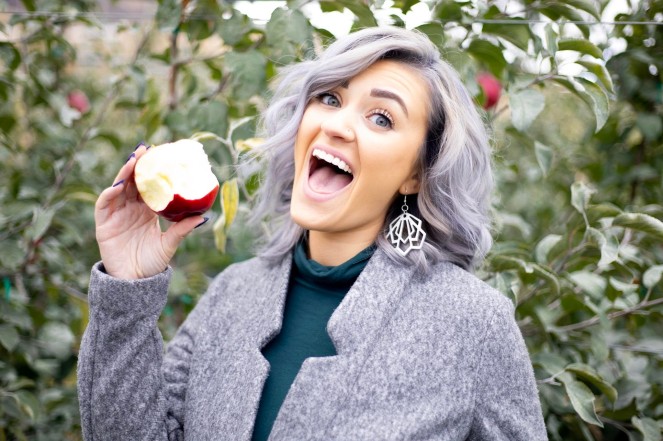 I have the AMAZING opportunity to partner with Cosmic Crisp® and be an ambassador for the launch of their apple! Cosmic Crisp® is a classically bred apple that is a cross between “Enterprise” and Honey Crisp”. This apple will be in stores in DECEMBER!

What does it mean to be an ambassador? “Each of our ambassadors falls under one of four key pillars: EAT. PLAY. COOK. INSPIRE. We challenge you to join our partners in finding inspiration in your everyday life, to mix food and fun, and to Imagine the Possibilities™.” (cosmiccrisp.com) I fall under the PLAY category! I’m going to be showing ya’ll how I use the apple in my classroom, and there will be some exciting giveaways along the way!

I absolutely love the vision behind Cosmic Crisp®! It might sound cheesy, but it’s so much more than just an apple.

The people behind Cosmic Crisp® are absolutely amazing and flew me to Washington to experience the apple up close. I don’t know about ya’ll, but I had NO idea how much goes into growing an apple and preparing an apple for sale. So if you’re like me, I’m going to take you through my journey in Washington!

We went on an orchard tour to see where Cosmic Crisp® apples are being grown. I have never been to an orchard, and my mind was blown at the size! We were even able to pick an apple right from the tree and taste it! The apple wasn’t technically “ready” and it was still SO good. To me, this apple is the perfect balance between sweet and tart. It also has such a nice crisp when you bite into it (hence the name), but my favorite thing about Cosmic Crisp® is how slow it is to brown! I was trying to be all cute with the apple, but I’m so clumsy…here are some pictures for proof… 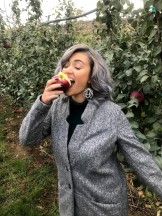 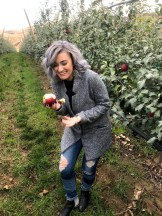 Then we went on a warehouse tour, which REALLY blew my mind. (yes, my mind was being blown the whole trip) I saw where and how apples are stored, so they are available to sell all year round. They keep apples in rooms where they decrease the oxygen and raise the carbon dioxide level to essentially “put the apples to sleep”. It’s completely safe, and this allows them to store apples for year-long sales. Did you ever think of that? Because I know I sure didn’t. Once the apples are ready to sell, they go through a LONG process of cleaning and inspection. The robotics involved in these processes are insane. A machine will pick up a crate of apples and send it down the “lazy river”. This is where apples enter water and workers would pick out any leaves they found floating in the water. Then the apples would go through a buffering machine, which looked a lot like a car wash! They would be sorted based on sizes and impurities, and then the “ready” apples would be sent for packaging. In another area of the warehouse, the apple would go through another process to be packaged. The craziest part to me was that the warehouse takes about 40 pictures of EACH INDIVIDUAL APPLE to ensure good quality! There are millions of apples in the warehouse! WHO THINKS OF THAT?! 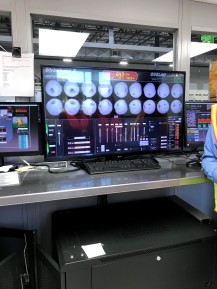 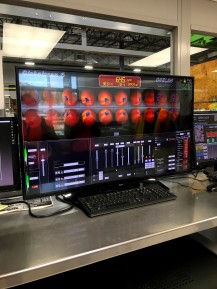 Like I said…MIND BLOWN. The Science teacher in me was so excited to see the Science behind everything, and I will never look at an apple the same! Did I mention we had to wear vests and a hairnet?! Shout out to some of the other ambassadors: @chanteamcintyre and @theproducemoms.

In between the tours, we were spoiled with DELICIOUS food made with Cosmic Crisp® apples. We ended the trip at the most beautiful vineyard with another delicious meal. One of the ambassadors is Leroy Chiao, who is an astronaut for NASA. He was the commander of the International Space Station for 6 months, and we had the privilege of hearing him speak at our last dinner. I was TOTALLY fangirling! He was sweet enough to write a note and sign it for my class. When I went back and told them about it, they thought it was the coolest! 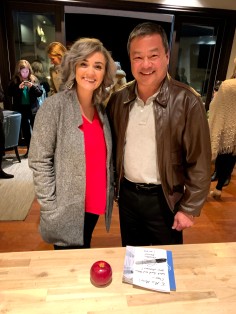 We were also able to see the International Space Station orbit above us during our dinner. The views, company, and food was incredible.

I had never been to Washington or that side of the U.S. for that matter, and it was such a great experience! Here are some more pictures from my trip because I took so many… 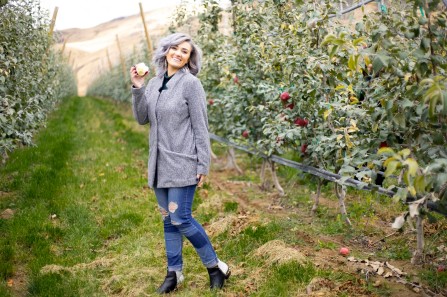 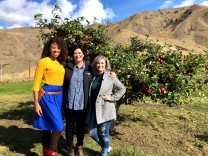 I cannot wait for ya’ll to try this apple!!

Just a middle school science teacher trying to make a difference. View all posts by marteinthemiddle

How we feel after 2 days of conferences on Wednesday and Thursday and a full day of school with the students on Friday. I even have a huge pimple to show for it! Happy weekend y’all! 🙌🏼
Forever my love. 🤍 swipe to see the faces I get when I keep taking pictures... #happyvalentinesday
Comparison. 🙄 I’m rolling my eyes because it’s a constant struggle for me. Comparison is such a thief! It takes our confidence, our self esteem, our happiness and our security. I often fall in the trap of looking on social media and comparing filtered posts to my unfiltered life. Can I just tell y’all no one has it together like it seems on the gram! When I was chatting with some teachers on Zoom, I said distance creates distortion. Just because you follow someone doesn’t mean you know them. Give yourself grace. We’re more similar than you think. 🤍
This whole teaching during a pandemic thing is hard. Yesterday I put a question box on my story asking how teachers are really feeling and these were some of the most common words I saw: tired, struggling, exhausted, drained, worn out, stressed, anxious. These replies broke me and also made me feel seen. This year is difficult, and we’re not alone. 🤍 I’m thankful that Jesus cares enough to carry all my burdens.
This is the real behind the scenes of making a science video...🤦🏼‍♀️ I filmed another video for my students showing how temperature and salinity affect the density of water. It’s on my YouTube channel, Marte In The Middle, if you wanna check it out! I can’t make a video without getting roasted by my students all day. 🤷🏼‍♀️ #middleschoollife
Even in the midst of the chaos, I still love to teach. The format is definitely not my favorite, but my passion is teaching. If you’re extra like me and like dressing for the holidays, @trendyteacherz has you covered for Valentines Day! One of my students said my outfit was funky today, so I took it as a compliment. 🤣 Use my code marteinthemiddle for money off with @trendyteacherz!
Loading Comments...
Comment
×
%d bloggers like this:
%d bloggers like this: